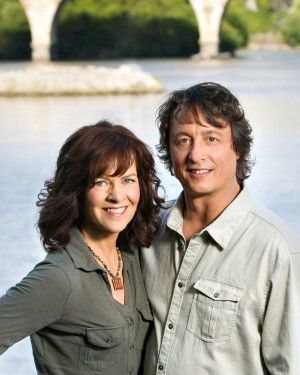 Guest Speaker
Steve is a guest speaker on historical, cultural and the natural world of the Mississippi and its tributaries. In river lingo, he is called a riverlorian, one who is extremely knowledgeable about the river and has a passion for educating others about the river. Riverlorians  are also steeped in the lore and magical (sometimes tall) tales that go along with river life.

In addition to speaking for local groups, he travels the Mississippi, Ohio and Cumberland Rivers as a Guest Speaker and performing artist for American Cruise Lines.

In this role of guest speaker, which he shares with his wife, JoAnn Funk, he has taken over 100 week long riverboat trips aboard the beautiful American Cruise Lines riverboats; St. Paul to New Orleans, Pittsburgh to Cairo and up the Cumberland, to Nashville.  In eight years as a guest speaker, that works out to about 37 trips between St Paul and New Orleans - or 66,000 miles of river travel.

Steve grew up on and in the Mississippi River, near La Crosse, Wisconsin. It was here he began his life long love affair with this mighty river. “My childhood was spent happily exploring the wildlife filled sloughs in my flatboat: camping, canoeing, birding, hunting, fishing and waterskiing. In the winter we'd  skate and cross country ski on the frozen backwaters."

His breadth of knowledge of the Western Rivers, acquired from personal experience, his extensive library, study and travel is stunning.

Below are a list of Steve's talks. They are perfect for any group interested in learning the history and lore of our great American rivers.

The Mississippi River is one of the wonders of the world! It is the third longest river in the world at 2320 miles. Its watershed drains 41% of the United States. It is a major bird migration route.

It has captured the imagination of everyone from Lewis and Clark to Mark Twain. Many people from Europe travel here to see and experience the Mississippi. Here it is in our backyard!

JoAnn and Steve's Meet the Mississippi is a wonderful way to get an overview of the river: glacial origins, early exploring, commercial navigation, recreational use, the incredible story of the building of our locks and dams, differences in the the Upper and Lower Mississippi, migration, wildlife and more!

You will be amazed and inspired by this mighty river!

The Golden Age of Steamboats

with Steven Marking and JoAnn Funk

Between 1811 and 1900 there were 4000 steamboats on these rivers! What happened to all them?
Learn about the history of  this uniquely American form of river transportation and how it helped build our country.

Then settle in for a bit of expounding on the subject by Mark Twain!

The Amazing Story of Logging and Log Rafts on the Mississippi

In the late 1800's the northern forests of Minnesota and Wisconsin were covered by stands of huge white pine, many of them over 200 feet tall. Now some of the only remaining stands are at Itasca State park in Minnesota. What happened? Hear the amazing tale of the logging of these majestic white pines.

This fascinating story tells how millions of logs were brought down the Mississippi on lumber rafts by brave and daring men. This boom and bust era saw the beginning of log rafting, the introduction of steamboats and the destruction of the majestic white pine forests, all in one man's lifetime.

Steve is a master storyteller. He blends his in depth knowledge of logging history with his stories, images and rare film footage as he shares this incredible story.

"Steve's program was entertaining and informative. I have lived in Minnesota my whole life and this was the first time I have learned so much about the timber and logging industry. Steve's winning personality easily holds your attention!"
- member, Unitarian Universalist Fellowship

The Western Rivers and the Civil War

When you think of the Civil War, do you think of the eastern United States? Think again! Learn why control of the Ohio River and the Mississippi River was so crucial to the Union’s victory in the Civil war. Hear the fascinating story of how this played out between the Union and Confederates and why Vicksburg, Mississippi was “the key”.

1811: A Roosevelt, A Steamboat, A Comet and and the New Madrid Earthquakes

The year 1811: a 42 year old Nicholas Roosevelt (yes, related to "those Roosevelts!") with his plucky pregnant 19 year old wife, their 2 year old daughter, dog and crew make history by piloting the very first steamboat down the Mississippi, in a historic journey that would forever change commerce on the river.

The year 1811: A bright comet appears for months in the sky. Many were terrified of this, convinced it was a bad omen. Native people link the comet to the smoke and steam of this new steamboat. Others believe the comet causes the earthquake.

On December 16, the Roosevelts, the steamboat, the comet and the earthquakes converge in time and place for an unforgettable and dramatic adventure!

Steve and JoAnn are in character (Lydia Roosevelt and a Keelboatman) as they tell this amazing and unbelievable story.  This true tale is highly entertaining, with incredible historical details and first person accounts.

"By acting this story out you brought history to life! I had no idea we had earthquakes in the midwest - I never learned this in school!"
- guest, American Cruise Lines

Wildlife Along the River!

with Steve and JoAnn

Learn about the hundreds of species, from eagles to catfish and American Lotus, that inhabit this amazing river!

1854: The Grand Excursion on the Upper Mississippi!

With Steve Marking and JoAnn Funk

Hear the marvelous tale of the greatest six day party ever on the Upper Mississippi river! The Grand Excursion of 1854, the Fashionable Tour!

1200 guests took the first east west train from the Atlantic to Rock Island, Illinois, (across from Davenport!) where they boarded a flotilla of seven steamboats for an unheard of adventure up to the exotic frozen tundra - the Minnesota Territory!

The Ohio River: Valley of Democracy

The Ohio River has a unique place in our country’s history. Rich in natural resources, this river and the surrounding Ohio Valley were essential to the formation and continued growth of our country in very unique ways.

Learn about the role Marietta played in the formation of the Northwest Territories and how the land north of the Ohio was developed so differently than the land south of the Ohio.  Like no other river, the Ohio River was the dividing line between free and slave states.

A fascinating look into American history!

Digital Photography Class (available as Part One and Part Two

Do you have trouble figuring out how to take and share great pictures on your  iPhone, iPad? What do all those fancy buttons mean?

In this relaxed, low pressure talk, Steve walks you through the steps to taking great pictures, storing and sharing them. The goal is to make everyone feel comfortable with basic camera and sharing skills.

Steve is a professional wildlife photographer and filmmaker. His favorite subject is the Mississippi River and all its wildlife. But he takes great satisfaction in helping others and his calm presence is always appreciated by those who are perplexed by their cameras and phones.

Thank you for viewing the list of talks! Here are some pictures of Steve the Riverlorian's Happy Place, being on the River (hopefully with camera in hand!). Learning more to share with you!